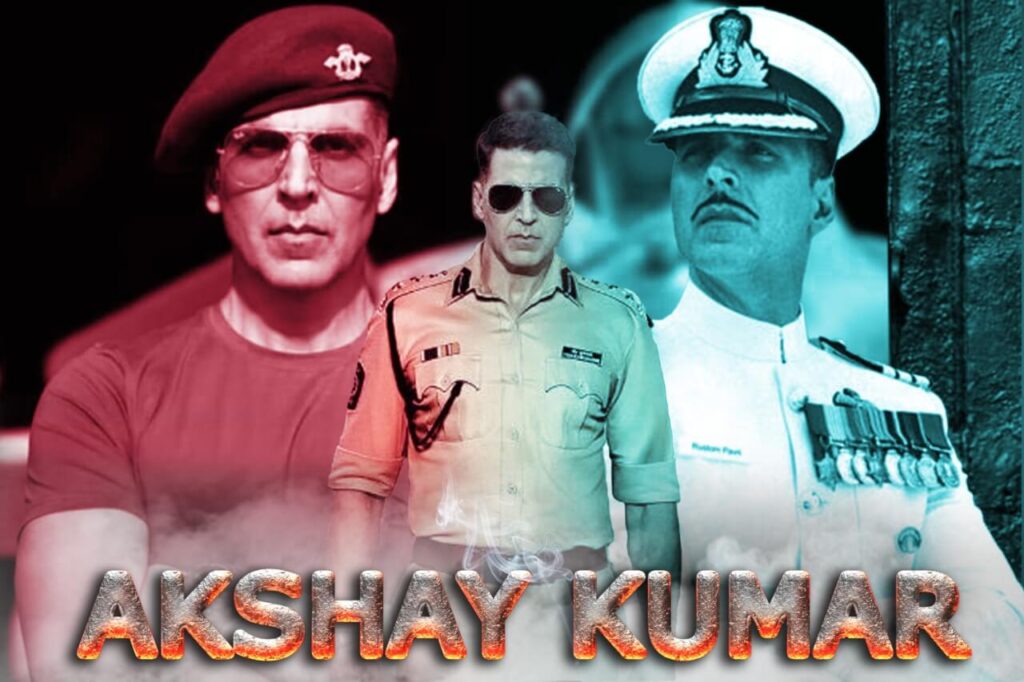 Akshay Kumar is one of the fine actors in the Bollywood industry. He is the king of action in the film industry. Although, for establishing himself as a brand, he has come a very long way. He is natively from Amritsar, Punjab, India. He is very excited and fond of sports. The actor was born to Hari Om Bhatia and Aruna Bhatia on September 9, 1967. His father – an army officer who really enjoyed sports and wrestling. However, he resides later in Chandni Chowk, Delhi, and grew up there. Whether its name or fame, he has been on the lead in every game. Thus, below listed are Movies, Age, Son, Wife, and other information of Akshay Kumar.

Mr. Kumar Age is about 53 years and he measures 5′ 10″ (1.78 m). Kumar has always leading the screen, be it his characters or he himself. Moreover, performances in romantic roles, action roles, or any other rules audiences’ hearts every time. He pursued education from Don Bosco High School, Matunga. But learnt Karate as well at the same Age.

Before, going on to his Movies career, his early life is an important aspect. Firstly, he received graduation from Guru Nanak Khalsa College. However, drop out because Kumar was least interested in studies. Although, he somehow convinced his father for martial arts learning. Kumar also has a sister, Alka Bhatia.

In addition to this, as every father does for his son, Mr. Hari Bhatia also performed his love. As a result, the actor then learnt Martial Arts in Bangkok. Certainly, he resided in Thailand for Thai Boxing. And as a result, this started to let Kumar begin his career in Movies. In other words, Akshay Kumar desired to become an actor.

He attains Black Belt in Taekwondo, India. However, he also worked as a waiter and chef in Thailand while learning Muay Thai. This is to say, that he even instructed Martial Arts teachings in Bombay. Before that, worked in a travel agency in Calcutta and then in Dhaka in a hotel. Moreover, sold Kundan Jewellery in Delhi.

Rajiv Bhatia is successfully married to Twinkle Khanna. He is the son in law of superstar Mr. Rajesh Khanna and actress Dimple Kapadia. He is brother- in – law to Rinke Khanna. Moreover, Rajesh Khanna is the first-ever superstar of Indian Cinema. This is to say, that he even gave fifteen consecutive hit films in the industry. Further, Akshay Kumar Wife is also a versatile Indian actress. She is an interior designer, newspaper columnist, producer, and successful author. In addition, her book Mrs. Funnybones, non-fiction is a bestseller of 2015.

Mr. Kumar and his wife are blessed with two children. Eventually, they together have a Son and a daughter. And this is to mention, that he is always seen as a protective father. Rajiv Bhatia keeps his children away from the media, which is evident. Akshay wants to give his Son and daughter a normal life and childhood.

Certainly, he will allow them to pursue and make careers in any field they admire. Eventually, if Akshay Kumar is an actor that doesn’t mean Akshay Kumar Son will also be the same. His Son name is Aarav Kumar and his daughter Nitara Kumar.

Eventually, the actor is not from a filmy background. On the other hand, he never was linked to acting earlier. Moreover, no godfather aided in launching him. Therefore, Akshay Kumar has to cover a long road alone to establish himself successfully. Certainly, while teaching Martial Arts, one of the student’s father suggested him modeling. He first signed modeling assignment for a furniture showroom. In addition, this career seemed to be fruitful thus he went on.

Before, entering Movies he performed as a background dancer in many films. This is to say, he even assisted Jayesh Seth for 18 months for free. Pramod Chakravarthy signed him as the lead in DEEDAR. The actor first appeared in Saugandh 1991 with starring Raakhee and Shantipriya. On the other hand, the success path is always not so easy. At this point, Rajiv Bhatia starred in Abbas Mustan’s thriller KHILADI. This movie broadly developed Akshay Kumar Movie career. Consequently, he consistently performed in Mr. Bond, Waqt Hamara Hai, Sainik, and many more. Therefore after a subsequent future, he built his family. Akshay Kumar now has a Wife, Son, and Daughter. Akshay Kumar’s daughter is younger in Age.

Akshay’s Net Worth and Wife Movies

Mr. Kumar Wife is also an actress in films. Certainly, the adorable actor hits the screen every time. In addition, his cinema series of Hera Pheri, Housefull and indeed many other ones. Rajiv is popularly known for his role Ram in the Dhadkan film. The others in the same are Shilpa Shetty and Suniel Shetty. Talaash, Waqt, Welcome, Mujhse Shaadi Karogi, Hera Pheri are some of his Hit films. The tender-hearted actor is till date sharing screen with many top actresses.

The successful actor’s Net worth is measured around 273 Million USD, i.e 1995 crores INR. Thus, estimates to great earnings indeed. This is to say, Akshay emphasis to completes his movies in 2 to 3 months. Although he always haves 4 or 5 movies in hand for a year. Therefore, he is one of the busiest actors in the Cinema Industry. Hera Pheri 3, Prithviraj, Bachchan Pandey are some big-budget movies that are about to come. However, Laxmii Bomb is released with great success on the internet.

In addition, Kumar owns a beautiful luxury house in Juhu, Mumbai. Moreover, a pretty view of the Arabian Sea is available from his floor. Eventually, he has real estate abroad too.

Akshay Kumar is such a versatile actor because he never fails to master any role. This is to say, he fits in the character very deeply. Certainly, his performing skill is a reason for this great success. Thus, this time too he acted very well in his film Laxmii. Eventually, this film is based on the theme of transgender. This film is a remake of Kanchana. Certainly, both the original and remake are directed by Raghava Lawrence. However, Laxmii is his first Bollywood directorial. But, because of COVID-19, it has been released on Disney+Hotstar. The Movie is released on 9th November 2020.

Moreover, Kiara Advani is a co-star in the film. However, the film is a horror-comedy yet it associates a message. Certainly, it aims to correct the noises about the transgender community. Besides, the law has been made, but accepting it practically is not easy for some people. In addition, it aims at Hindu- Muslim harmony too.

What is the routine which Akshay follows?

Akshay Kumar believes in a strict routine and rituals for his day. He wakes up at 5.30 in the morning and also goes to bed very early in evening. The fit man believes in early morning shoots to avoid laziness. Moreover, he eats dinner by 6.30 PM in the evening.

The only celebrity who leaves parties early is Akshay Kumar. Yes! because of his discipline routine, he is not a night owl. Moreover, he sleeps by 9 which is pretty early for celebrities. In addition, Akshay is not an alcoholic person.

What was Akshay Kumar’s profession before being an actor?

Akshay Kumar was not interested in studies. Moreover, he even learns Martial Arts in Thailand. Certainly, he started to teach students Martial Arts. Before, coming to the industry he was a Martial Arts trainer.

Akshay is one of the super healthy actors in Bollywood. He is massively fit in terms of physical health. The actor follows a discipline in his routine. Thus, from his waking to sleeping, everything is strict. Certainly, his rituals are a bit hard to follow.

How to be successful in the industry like Akshay?

This is to mention, that Akshay is not any celebrity child. Certainly, he is also not in link to the industry previously. However, he is now a man with everything he wishes. Moreover, one of the highest-paid actors in the industry. Certainly, this all is because of his hard work over the years. Visit for How to be an Actor.

How many successful years the actor completed in the industry?

Akshay is there in the industry for more than 30 years to date. He always have 4 to 5 movies in hand for a year. Moreover, concerning his earnings, one of the is highest taxpayers in Bollywood.