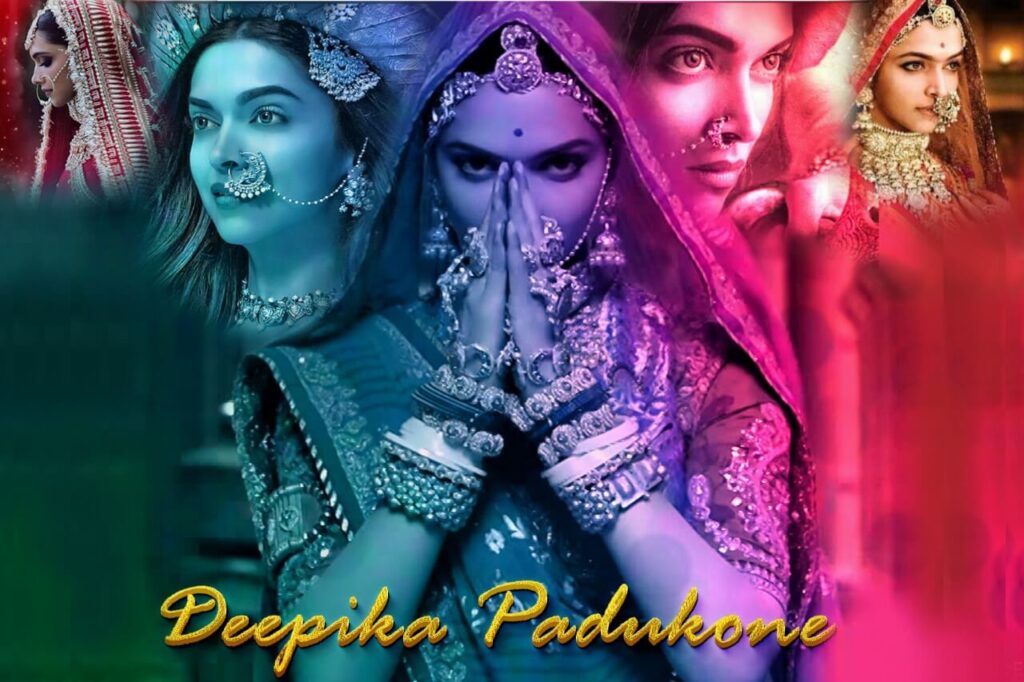 Deepika Padukone born on 5th January 1986, is an Indian Actress, in the Hindi film industry. She has received great recognition in Bollywood as now a producer too. Consequently, one of the highest-paid actresses in India. Thus, here is an information booklet about her. Let us look forward to knowing more about Deepika Padukone, movies, photos, height, age & other interests.

Deepika Padukone was born in Copenhagen, Denmark to a great badminton player Prakash Padukone and Ujjala. She belongs to the Saraswat Brahmin family with Konkani as a native language. Likewise, her younger sister named Anisha is a golfer. Her Age is about 34 years.

Her grandfather ( paternal) was a secretary of the Mysore Badminton Association. The family stepped and shifted to Bangalore when padukone turned one. Eventually, studied at Sophia High School and then Mount Carmel College, both located in Bangalore. Deepika made a start for her modeling career with her bachelor’s. However, due to the clash in both, she chooses her modeling and dropped Bachelor in Arts. Besides, this she was starred first in advertisements of Limca, Close-up toothpaste, and more in the same interests. In fact, Deepika Padukone gained brand ambassadorship of the jewels of India. Entering with the new international cover-girl- face.

Likewise, skills inherited from her father, she is also a great player. She has played in national level championships. Although she could have chosen her career in sports due to her dominating interest in modeling, she made to it. Moreover, a versatile person skilled with many arts. An actress, a model, a sportsperson, and also a motivational speaker on various social issues. Being inculcated with a confident personality she entered into the eyes of many film directors. Certainly, got a chance to star in movies as OM SHANTI OM.

She till today has a bold personality with a height measured to 5′ 7½” (1.71 m). She is 34 of age with a very soothing beauty. When Deepika Padukone came to Mumbai it was not so easy for her to begin. For turning into a full-time model, it was a bit inflexible for her to make it a big deal. Moreover, she took four years to have done with getting modeling assignments and initiate to something great. Going back to her first commercial, she advertised for Liril in 2004. In a year, this beauty receive recognition with the Kingfisher model of the year and grew like a diamond in the industry since then.

Further, she made a grand debut at the Lakme fashion week. The lady is always well-motivated and determine towards her work. If any day she would not have achieved to do good, she would practice it hard and thrive to do better. For her movies, she was first listed by Farah Khan a great movie producer. With a much-hit song “NAAM HAI TERA”, she made it successful to enter Bollywood movies. Farah Khan offered her Om Shanti Om with starring Shah Rukh Khan against her. Click here to find a producer for Your Film, TV, or Theatre Project.

This made her first debut in Hindi movies. In fact, because of her major interest in modeling, she was a bit slow in acting, and eventually, she used to get scolded by Farah. In addition to these times of Om Shanti Om, the director got exasperated with her and thought of removing her. Certainly, destiny planned something really amazing for her and she is now a big star with being one of the highest-paid actresses in the Hindi Film Industry. This is to say, Deepika Padukone movies hit the sky with lots of successful returns.

Fall in Deepika’s Movies and improvements to it.

Matter of fact is something really important to know for her fan. Eventually, before her Bollywood debut, she had worked in a Kannada movie called ‘AISHWARYA’. Afterward, she joined Anupam Kher’s acting school which slowly and gradually improved her skills in acting in movies. Though, Deepika Padukone movies, are recognized as Best Female Debut for Om Shanti Om.

However, she win her first award as Best Debut Female. Yet, the struggle was there waiting on her path to get this much earned today. Her, second movie BACHNA AE HASEENO did not go as high as she expected which resulted in negative comments for her acting. But Deepika is the one who keeps the best motivation for herself and is energetic in looking forward to new future comings.

You can achieve anything in this world when you have that energy and zeal for it. The only thing which made Deepika touch cloud nine. Her movies naming, LOVE AAJ KAL, and LAFANGEY PARINDEY went a bit well to kick start in the film industry, whereas Housefull’s work was not much appreciated. But her patience and waiting turn to be fruitful, as her acting in COCKTAIL, made it big. This movie starred Saif Ali Khan and Diana Penty with her and received huge success.

Afterward, she returned her audience to numerous hit films and received love regards from them. Movies namely YEH JAWANI HAI DEEWANI and CHENNAI EXPRESS made her find a place in award nominations as well. The best part about Deepika Padukone is her height which has made her and her photos look strong and possess a bold personality. Marvellous acting in Piku, Padmavat, Ram- Leela, added to the Deepika Padukone movies list conceded to appreciation in film fare awards as best actress.

Deepika Padukone runs her own clothing brand name All About You, especially for women. In addition, she is the founder of the Live Love Laugh Foundation with being a motivational speaker on social issues. Her movie Chappak is connected with her age emotionally. The movie is based on acid attack survivors and how they carry forward their lives. She intimately experienced the kind of harsh pain acid attack survivors goes through.

Moreover, she and Ranbir Kapoor dated each other years back when shooting for Bachna Aae Haseeno. The bond could not last long, which naturally resulted in controversies. She dealt with mental health issues and stress in consideration of their breakup. However, she begins to be more productive with hit blockbusters and even considered to be paid above Shah Rukh Khan at times. Shifting then to Sanjay Leela Bhansali films, movies like Ram- Leela, Bajirao Mastani marked exclamatory performance and made her today a big star.

Deepika Padukone is married to Ranveer Singh and tied the knot in November 2018 in a private wedding venue at Lake Como, Italy. The couple practiced both Konkani and Sindhi marriage ceremonies. However, now she is doing great in her acting career with working as a wealthy producer. Deepika Padukone masters her photos and age with the great body posture she carries. The beauty is confident and bold enough with the ways she has built herself. The fact cannot be denied, that there have been many hit films and flop one too. Although, she manages to rock her style with age every time. Her upcoming movies are eagerly in the waiting line to be watched by her fans. Moreover, she is a style diva, a perfect match of beauty with brains, and lastly a versatile personality.

Awards and Recognitions for Movies

What is the educational qualification of Deepika Padukone?

She has done her schooling at Sophia High School, Bangalore with completing pre-university from Mount Carmel College. Further to her studies, she chooses modeling career over her Bachelors in Arts degree in sociology.

Yes!, she is married to Ranveer Singh who is also a successful star in the Hindi film industry. Both got married in 2018, November, following Konkani and Sindhi marriage traditions.

Who are favourite actresses of Deepika Padukone?

Her favorites actresses list is a bit long. It follows Hema Malini, Juhi Chawla, Madhuri Dixit, Sridevi, Kajol, Rani Mukerji, Preity Zinta and Sushmita Sen. Her love for Bollywood actresses is endless and she admires them a lot.

Want to shine like Deepika Padukone, here is a secret to her age. Drink plenty of water. This is something which the actress herself believes a ritual to do. In the same vein, she keeps her skin hydrated for natural and glowing skin.

How to be a great actress like the diva?

Being passionate about your work will help you succeed in your core interest. Similarly, to be successful as Deepika is, be self-motivated at all times with positivity in you.

How to have a strong personality?

Deepika padukone’s height is a big factor for her bold personality. To build one like hers be strong enough with confidence and a gentle smile on your face. Thus, this beauty holds a remarkable personality with all the possible traits.