Top 5 PC Desktop in India (All in One) 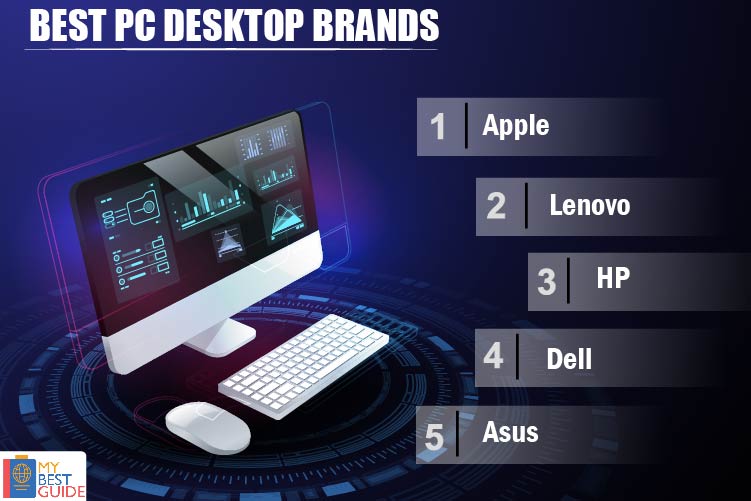 Although today Laptops have been the new trend, investing in desktop computers isn’t a bad thing. Everyone has been running behind laptops and has simply forgotten the plus points of having the best computer at home. Desktops have undergone many changes and some also prove to be better than their mobile counterparts. They are affordable and also have many benefits over a laptop. The new-age desktop computer in India has the best features. Modern technology runs the computer. In addition, it does not take a lot of space due to its compact size and is also ideal for multimedia projects. Today, desktops are much powerful than laptops and can literally be used in any place of your choice. So let’s reconsider our choice of buying premium laptops and have a lot at the best pc in India.

Advantages of using a computer

There are many more advantages of using a desktop computer than we can think of. Using a computer can be very beneficial for people who want power and features in one place. In addition, it should also be affordable. Let’s peep into some of the advantages:

Guide on buying the best Computer

Everyone loves to have the best pc computer that is full of great features and is also worth the price we pay. Nobody would like their money to go to waste due to a wrong purchase. Buying the best desktop computers can be a little overwhelming especially due to the numerous options available. Therefore, in order to have a satisfactory purchase, here are a few things to consider while buying a computer:

Apple iMac 27-inch is the best all-in-one desktop in India and also worldwide. Nobody would ever doubt products that come from the Apple family. Like the other products, iMac sure has many features to win our hearts. This computer flaunts an Intel 10th generation processor and AMD Radeon Series. In addition, it has a 1080p webcam that is a big step from all the previous webcams with 720p. With a display of 27-inch and a resolution of 5120 x 2880, it has a display that reduces glare and has nanotexture. Further, it consists of greatly enhanced speakers. The display has color tone temperature features that adjust the brightness of the computer according to the light present in your room. Also, it has 128 GB of RAM and 4TB of storage capacity. Therefore, it is the best pc or desktop computer in India.

Dell G5 is one of the best gaming desktop computers in India. It is a very affordable pc loaded with the best features. This is an entry-level computer that can be easily upgraded. Further, It runs on an Intel 9th generation processor. Though it comes with a Core i3 processor it can be easily upgraded to a Core i7 CPU. The best feature of this Dell Laptop is that you can easily open up and dismantle the system just in case you want to change certain components over time. Also, if you are an intensive gamer you can always upgrade the storage as well as the processor. The Dell laptop also comes with a chic and foolproof chassis. The machine has no bloatware and is ideal for playing AAA games at 60 frames per second and 1080p.

Further, it has Nvidia RTX graphics. Moreover, it has 64 GB RAM and 1TB+2TB of storage capacity. The special features include a blue LED accent as well as a clear side panel. To sum it up, if you are in search of a great computer that can be upgraded with time and is also pocket-friendly, this is a great choice. So, it is one of the best pc or desktop computer in India.

Alienware Aurora R11 is the best gaming pc that you can purchase currently. It has outshined many of its competitors due to the features it includes. It is a gorgeous computer with a sleek chassis. In addition, it is a highly customizable device that is most suitable for gamers. Further, it runs on an Intel Core i9 processor and has Nvidia RTX 3090 graphics. It can be a little expensive, however, it is worth the price. The computer has been built for all the latest and the best games that will also give you a great experience. It has a 4K display that can run 60 frames per second. It has customizable RGB lighting. Further, it has 128 GB of RAM and 2TB + 2TB of storage capacity. Hence, it sure is one of the best desktop computers in the market.

This Apple iMac Mini is all that we could ask for in the best computer in India. It is by far one of the best desktop computers that Apple has launched. It is pretty cheap and much faster. Also, this is the best mini pc in the best desktop computer in India category. Further, it runs on an Apple M1 processor. This has 8-Core CPU and 8-Core GPU. In addition, it also has Apple M1 graphics that give a great experience while working with the user. The pc comes in a compact size that includes 2 Thunderbolts and 3 ports. Further, it has 8GB/16GB of RAM and 256 GB to 2 TB of storage capacity. In short, it offers great benefits for a good price. Therefore, it is one of the best desktop computers in India.

Microsoft Surface Studio 2 is the best all in one desktop in India. It has won the hearts of many due to its performance and features. It has a beautiful touchscreen that drops down low. Also, it can be operated with a pen. It has a gorgeous 4K display that supports both the screen dial as well as the surface pen. Above all, design is to die for. The elegant touchscreen and the overall computer are a treat to the eyes. It has the best version of PixelSense display that provides enhanced brightness and contrast. It runs on an Intel i7 Core processor. Further, it has Nvidia RTX graphics that are ideal for people in multimedia. Further, it has a 28-inch display and is the best desktop computer in India. It has 32 GB of RAM and 2TB of storage capacity.

You can buy these desktop computers on Amazon.

FAQ Regarding Best Computers in India

What are the types of a computer?

There are many types of computers based on their data handling capabilities and also the size. The major types of best desktop computers are Analogue, Hybrid, Digital Computer. In addition, there are supercomputers, mainframe, miniframe, workstation, gaming, and microcomputers.

What are various components of a computer?

RAM is a hardware component of the computer. It is also known as Random Access Memory. In addition, it is located on the motherboard and is the internal memory of your computer. Further, this is where all your data and various programs get stored, that are seen when you switch on the computer. Also, it is read and write memory that means you can read as well write data.

What is a desktop computer?

A computer is an electronic device that is programmable. It is a device in which you feed raw data and then the computer processes it using certain mathematical as well logical instructions and displays the desired output. Further, this output is also saved in the memory for further use. The word ‘computer’ comes from the Latin word ‘computare’ that means to calculate.

To sum it up, due to modernization and development Computers have been losing their charm. But we cannot ignore the fact that they provide the best of features within your budget. Buying a computer can be a dilemma since they are so many new brands emerging in the market and all offer amazing features. A computer is needed almost everywhere. Be it in a house, workplace, or even schools. Computers help to store more amount of data and can also save time. Moreover, they are absolutely user-friendly and can be customized as per our needs. The different types of computers are designed to cater to the needs of people according to their usage. The best part about a computer is that they are very powerful as well as efficient. In addition, they also help us in connecting with people far and wide.

In short, computers have come a long way and it is every person’s wish to have the best computer for their usage. We all constantly are in search of a product that is pocket-friendly as well as is loaded with features. The best computer serves perfectly the needs of the user and also doesn’t cost him a fortune. To help you out we have enlisted the best pc computer/desktop in India. They are an all in one desktop that is well known for their quality in India. Say goodbye to your old laptops and greet the new-age computers. Good luck with your purchase.