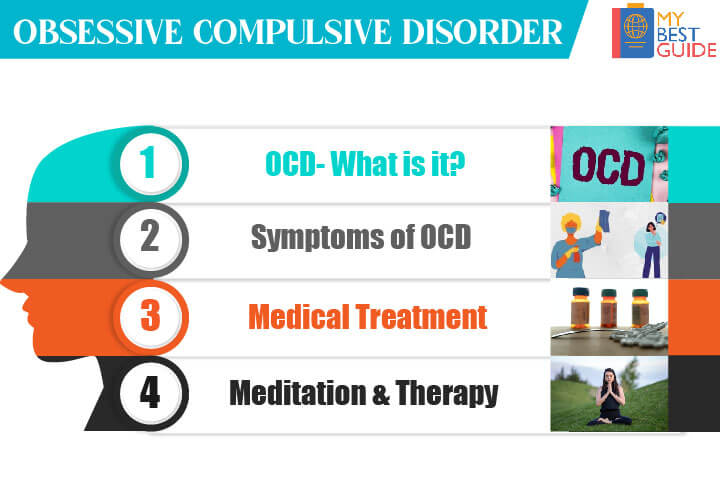 The most common term used today is OCD even in the common people. Moreover, people use it even when they have hardly any knowledge about it. Any small pattern of behavior, the layman terms it as OCD. But, this a wrong notion. Here is a detailed elaboration on what it actually is. In brief, it is basically obsessive & compulsive behaviors that occur. In this article, you get details on the following. Firstly, the full- form of OCD. Secondly, what is OCD? Thirdly, the meaning of OCD. Lastly, what the symptoms & patterns of behavior are in obsessive-compulsive behavior disorder.

OCD- Obsessive-Compulsive behavior disorder, the term for a mental disorder. Recurrent thoughts are prevalent. In addition to that, the urge to continuously keep repeating patterns of behavior is also one of the aspects. This is the meaning of OCD. Furthermore, not pursuing the patterns of behavior causes a great amount of stress. In addition to that, the person has a lot of anxiety. Most importantly, these persistent thoughts keep taking place time & again. Another aspect is, when an individual has a compulsive behavior pattern but is unable to do adhere to, it leads to anxiety & stress.

A brief example of OCD is washing hands time & again throughout the day (Compulsions). Secondly, obsessions, as mentioned above, is connected to the unwanted thought process. Therefore, even when the person knows that the thoughts are not true, it very difficult for them to let go of it. They have intense difficulty in focusing on other aspects even after trying a lot.

Mental Health is key. Here are a few tips for Good Mental Health. It helps us to regulate our thinking process. Furthermore, keep away from mental illnesses.

To clarify, it is a mental disorder. This disorder must be diagnosed by a psychologist or a therapist most importantly. The disorder mainly revolves around two aspects. Firstly, obsessions & secondly compulsions. Therefore. the diagnosis must be detailed and done by a licensed person.

Continuous unwanted thoughts, which a person cannot let go of. In addition to that recurring sensations can also be a part of it. This is termed as obsessions. Secondly, compulsions are when a person has an urge to keep doing a particular action. This is the brief meaning of OCD.

Many a time people are neat, clean & disciplined. But, this doesn’t disturb their life in any way. Moreover, many people confuse this behavior with OCD. But, in reality, those with this disorder end up having a disruption in their daily routine. Many can have only one of the two, i.e. either obsessions or compulsions.

What does it mean to have OCD?

In simple terms, people with this disorder are extremely strict with their routines. For instance, if they have a fear of germs or dirt. The individual could have uncontrollable thoughts on the germs on their fingers or body. On the other, compulsive behavior can lead to repeated washing of hands. Often, this ritualistic pattern can disrupt life. Moreover, at one point it becomes difficult to focus or concentrate on other aspects of life.

If you take into consideration the above example, it becomes difficult for individuals to socialize. In addition to that, along with that after a particular time, even close family members & friends get annoyed over the rituals they follow. Therefore, OCD in severe cases majorly disrupts life.

Across the world, people can have varied obsessions & compulsions. Each & every individual is unique. Therefore, OCD can be different from one person to another.

This behavior is connected to unwanted thought processes that are not under the control of an individual. These thoughts can be in the form of images in the head. The urge, sensations & intrusive thoughts will only go when the individual does a ritualistic pattern.

This particular behavior has a certain theme. In simple terms, where all the obsessive thoughts can occur. The occurrence is as follows:

Here are a couple of examples to under what obsessions are exactly.

As explained above compulsions are the ritualistic pattern of behaviors, that reduce a person’s distress. Obsessions often lead to these compulsions. But, these compulsions will only reduce anxiety for that present moment. Furthermore, the anxiety is bound to come back soon when the person encounters a similar situation. Thus leading to the repetitive pattern of doing things continuously till one feels less stressed.

Many times, individuals make their own rules that should be followed. This helps control their recurring thoughts. Usually, the compulsions do not have directly & realistically fix the issue they are having. To sum up, these compulsions are just excessive & just for the satisfaction of the person.

There are certain common themes that are usually seen in people. In simple terms how compulsions usually happen in people across the world.

Here are a few examples to understand compulsive behavior properly.

Across the globe, therapists use different kinds of techniques. Most importantly, the therapy is based on what the person prefers. In addition to that, a suitable form of therapy for the person. Mentioned below are a few of the common therapies used by most around the world.

Medicines – only for severe cases

When the disorder is severe, medicines are prescribed. SRIs & SSRIs are a few of the most common medicines given by Psychiatrists to lessen the symptoms of OCD. Usually, SRIs take a greater amount of doses for OCD as compared to dosage for depression. However, these medicines are given only when the symptoms are extremely severe.

Some pointers to keep in mind before taking medicines for your Mental Health :

Both therapies revolve around thinking patterns of behavior. When the person understands the meaning in the full form of OCD, it helps much more. There are various forms and settings for using this therapy.

For instance, one of the techniques is as follows. The person is exposed to a particular stimulus that causes him/her obsessions. Furthermore, the extreme case of preventing a response needs to be attained. This is one of the reasons why the meaning of OCD needs to be understood.

Techniques like Yoga & meditation are extremely helpful in increasing focus and concentration. Furthermore, meditation enables the individual to align their thoughts.

There are many other therapies and techniques used by psychologists. Those mentioned above are just a few of them. The American Psychological Association (official website) keeps posting articles regarding Mental Health & Disorders.

Hope you have received some information from this article. We spoke about the details on the meaning of OCD and all its related topics.

There are several Myths & Facts of Mental Health. Click here to read about it in detail.

What is the full-form of OCD?

OCD- Obsessive-Compulsive Disorder. It is a mental disorder. Firstly, obsessions are those unwanted urges and thoughts that are uncontrollable by the person. Secondly, compulsions are ritualistic behavior as a consequence of obsessive thoughts. For instance, hands are dirty ( germs on the hands). The person washes his/her hands several times as they aren’t satisfied with it.

What is the difference between OCD and being neat & clean?

Being neat and clean is something we do because we want to stay hygienic. In addition to that their routine is flexible. On the other hand, OCD is basically having intrusive thoughts that will lead to a pattern of behavior. Furthermore, this kind of behavior interrupts normal daily schedule to a great extent.

Life can be really difficult for those having OCD. They have a hard time venturing out as they usually try avoiding situations that will lead to compulsive behavior. The repetitive behavior can lead to so much time waste and loss of concentration. The person ends up not being able to focus on the tasks of the day. Their daily routine is rigid with very little flexibility even when they have company.

Due to the COVID-19 pandemic, the terror of catching the virus is everywhere. One of the only reasons why everyone has taken hygiene very seriously. Sanitizing and cleaning everything that comes into the house is the new normal. But, the virus is going to be with us for a long time, we need to able to live with it. Excess of anything is not good. That is what we have heard from our elders. So in the new world with corona being everywhere, we need to take our precautions and take care of ourselves. However, on the other hand, being paranoid about this is not going to be good. Overcleaning in the new era might be the new normal as well. But, there is a thin line between cleaning and how it can turn into OCD.

Most importantly, people are more prone to getting compulsive behavior like cleaning in the present COVID-19 sitution.