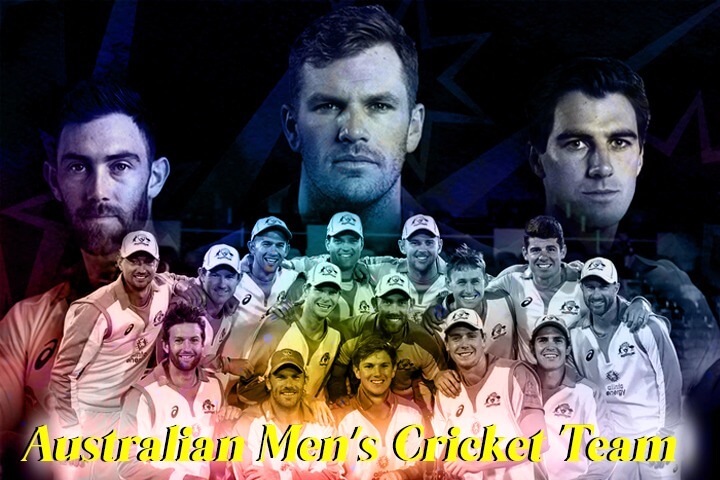 To begin with, heard of the Invincible? If you are a cricket fan then you have definitely heard of the Australia national cricket team or the Australian cricket players. The Australian Men’s Cricket Team is the number 1 rated Test and T20 team in the world and moreover, is one of the oldest teams to play in test cricket history. Furthermore, the Australia national cricket team was part of the first-ever test match to be played, alongside the national team of England in 1877. In this article, we shall take a look at one of the greatest national teams to have played the sport of cricket and also look at their current squad, records in cricket history, and much more

Australian Cricket began during the 1800s, and in December of 1803, the first recorded match of cricket took place in Australia, Sydney. Later in 1826 a couple of cricket clubs were formed across Australia, after which in 1838 the Melbourne Cricket Club came to life, which is one of the most influential and exclusive cricket clubs till date. Furthermore, Intercolonial cricket matches were taking place in full swing as cricket became more and more popular, and boards of control for cricket were formed in the various colonies.

Subsequently, with the developments in Australian cricket, in 1868, Australia went on their first tour of England and Charles Lawrence captained the Australia national cricket team. Later on, in 1877, Australia was part of the first test match to be played, alongside England. Furthermore, they beat the England national team by 45 runs in their first-ever test game and have been an incredible nation in Test cricket ever since. Additionally, they are currently ranked first in the world in Test cricket.

Sir Donald Bradman dominated cricket during his 18-year long career. Bradman has numerous records to his name and the most notable one of them is his 99.94 batting average which hasn’t been beaten till date. Bradman was so good with the bat that his opponents feared him every time he stepped on the pitch. Moreover, during the 1932-33 tour of Australia, the English bowlers used the infamous bodyline tactic in attempts to either injure Bradman or get a catch from a bat deflection. England won the controversial Test with a score of 4-1, however, the Australia national team cricket players left the result behind and came back stronger with a win in their next Test against England. Bradman is still widely known as the greatest batsman of all time and his 99.94 average still remains intact and looks impossible to break.

During ODI’s the Australia national cricket team players wear a gold-colored jersey that has green accents as their away kit. Their home kit during ODI’s is the exact opposite with green being the primary color and gold as the secondary color.

In 2018, during the third Test match between South Africa and Australia, Cameron Bancroft, David Warner, and Steve Smith were caught in a ball-tampering scandal. The then skipper Steve Smith admitted to tampering the ball with the use of sandpaper in an attempt to generate more reverse swing. Furthermore, this was a very shameful act in the history of Australian Cricket and the three players were taken to task for having been part of this incident.

Smith and Warner were immediately relieved of their leadership roles and banned for 12 months each since the incident. On the other hand, Cameron Bancroft was banned from cricket for 9 months. Additionally, ICC imposed a 75 percent match fee cut for Bancroft and a 100 percent cut for Steve Smith. Furthermore, Warner has been banned for life from getting any leadership roles in the Australian national cricket team. Also, Darren Lehmann put in his papers after the shameful incident and resigned as head coach.

The Australia National Cricket Team has broken many records in cricket history till date and isn’t called the Invincibles for no reason. The following are the most notable records of the Australia Cricket Team.

Additionally, click here to read the complete list of records of the Australia National Cricket Team and the Australian Cricket players.

To sum up, the Australian Cricket Team is one of the best teams to have ever played the sport of cricket. Not only do they have skilled batsmen but also technically gifted bowlers. Moreover, legends like Sir Donald Bradman and Ricky Ponting have set such huge and enormous records that still leave cricket fans around the world in shock. Many of our Cricket fans in India also look up to the Australian cricket players. Despite having gone through an infamous incident that really did more bad than good to the team, the Invincibles have gained their form back and hopefully will continue breaking records that go down in the history of cricket.

Which is the best Test playing nation till date?

The Australia national cricket team is by far the best test-playing nation and is also ranked number 1 by the ICC. Furthermore, they stand at 1st place in the ODI rankings as well.

Who is the most successful Australian cricket captain till date?

Since being appointed as captain Ricky Ponting has led his nation to 165 ODI wins and 48 Test wins making one of the greatest captains not only in Australian cricket but in the history of cricket as well.

Who is known as the greatest batsman of all time?

Australian cricket legend, Sir Donald Bradman is regarded as the don of cricket and has been widely known as the greatest batsman to grace the sport. Moreover, he has a close to impossible to beat average of 99.94 runs.

Which two nations were part of the first-ever test match?

Australia and England played the first-ever test match that was held during the year 1877 and Australia emerged victorious in the game.

Who is the best Australian bowler till date?

Australian bowler Shane Warne is by far the best bowler in Australia and also is considered one of the best leg-spin bowlers in the world of cricket.