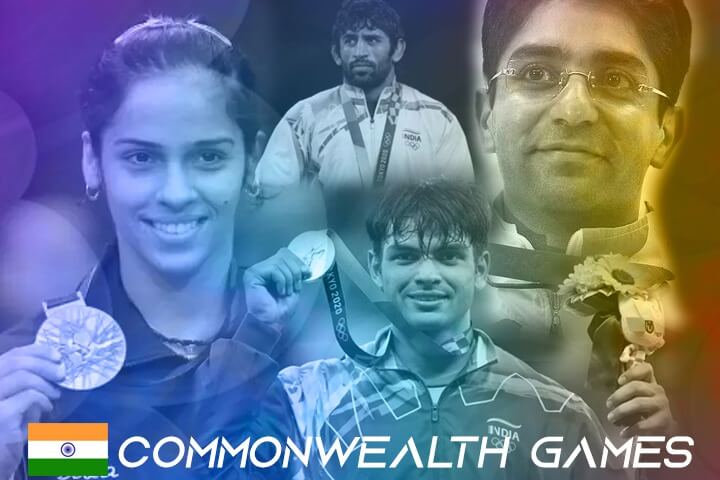 Start Of The Commonwealth Games

To begin with, in the year 1891 John Astley Cooper first proposed the concept of a sporting competition involving the members of the British Empire. Also, he wrote a letter published in ‘The Times’ regarding the same concept that would be held every 4 years. Moreover, his main intention through this event was to increase goodwill among the members of the British Empire.

Then in 1911, London’s Crystal Palace hosted the Festival of the Empire. This was carried out since it was the celebration of George V’s coronation. Furthermore, as part of the celebration, an inter-empire sports event took place. Canada, Australia, South Africa as well as the United Kingdom had their respective teams participate in the various events. Furthermore, Canada emerged victorious in the first championship. Then down the years, the British Empire Games came along which eventually turned into the Commonwealth Games as we now know it. Moreover, the first games to bear the name ‘Commonwealth Games’ took place in the year 1978.

In the beginning, the British Empire Games initially started with 11 countries participating. As it grew and evolved into the Commonwealth Games, it now has 71 Commonwealth nations participating in it and has turned into one of the major sports events in the world.

The Commonwealth Youth Games began as a platform for the youth to showcase their talents. Furthermore, the age of the athletes was between 14 to 18 years. Moreover, this event takes place simultaneously with the current format of the Commonwealth Games. It was first held during the year 2000 in Edinburgh, Scotland.

The CGF is made up of the following 3 major elements:

Members Of The Commonwealth Games

The following are the members of the CWG according to their specific regions:

The relay takes place before CWG starts. It is called the Queen’s Baton Relay. Furthermore, the baton carries a message from the Queen, the Head of the Commonwealth. By tradition, the relay begins from London’s Buckingham Palace as part of the CWG festivities. Firstly the Queen hands over the baton to the first runner. Then at the opening ceremony of the CWG, the final runner hands the baton back to the Queen or her representative. Lastly, the message is read aloud and the Games are declared open.

The concept of the relay was introduced during the 1958 British Empire and Commonwealth Games held in Cardiff. Furthermore, this tradition is similar to the lighting of the torch during the Olympics.

Ceremonies Of The Commonwealth Games

Similar to the Olympics the CWG has 3 ceremonies, they are as follows:

To begin with, this ceremony occurs before the start of any event of the CWG. Firstly, the host nation’s flag is hoisted and their national anthem is performed. Furthermore, three other flags are hoisted during the opening ceremony i.e. the previous host’s flag, the next host’s flag, and the CGF flag. Then artistic displays and performances are carried out by the host nation, all of which represent its culture. After that, the athletes make way to the stadium similar to the Olympics. Finally, the final runner hands the baton to the Queen or her representative and the games begin.

After all the events are concluded the closing ceremony begins. Firstly, the flag bearers and athletes make way to the stadium in no particular order. Then the president of the CGF, as well as the organizing committee, give their closing speeches. After that, the mayor of the next hosting city takes the podium and briefly addresses the event. Then the next hosting nation performs artistic displays representing its culture. Lastly, the president of the CGF hands out the David Dixon Award, This award is given out to the athlete that has performed exceptionally well for his/her nation and stands out from the rest.

Medals are presented after the conclusion of each event. The winning athletes make way to the three-tiered podium and receive their medals. The flags of all three winners are hoisted during the presentation. Lastly, the gold medalist’s national anthem is played.

During which year India hosted the Commonwealth Games?

The CGF selected India to host the CWG in 2010. Furthermore, Delhi hosted the games. It is the only time India hosted the event.

Which country will host the next CWG?

Birginham, England will host the next the CWG in the year 2022.

What are the dates for the next CWG?

The next Commonwealth Games will tentatively be held during the last week of July till the first week of August.

Who is the current head of the Commonwealth?

Queen Elizabeth the second is the current head of the Commonwealth and is usually the one who declares the games open.

In conclusion, the CWG has truly portrayed what it stands for. The main reason to bring about goodwill among nations of the British Empire is clearly portrayed through the CWG. Furthermore, it has brought a huge platform for athletes to showcase their talent. Moreover, it has united all the nations of the Empire through friendly-competition and sports. Furthermore, the next CWG to be held in Birmingham in 2022, will probably be a great relief for all sports lovers because they will most probably be able to cheers their nations on right from the stadiums. Just like the Olympics, and World Cups, the CWG is a major showcase of talent and an amazing way to bring about unity among the people.