Everything about BCCI – Board of Control for Cricket in India 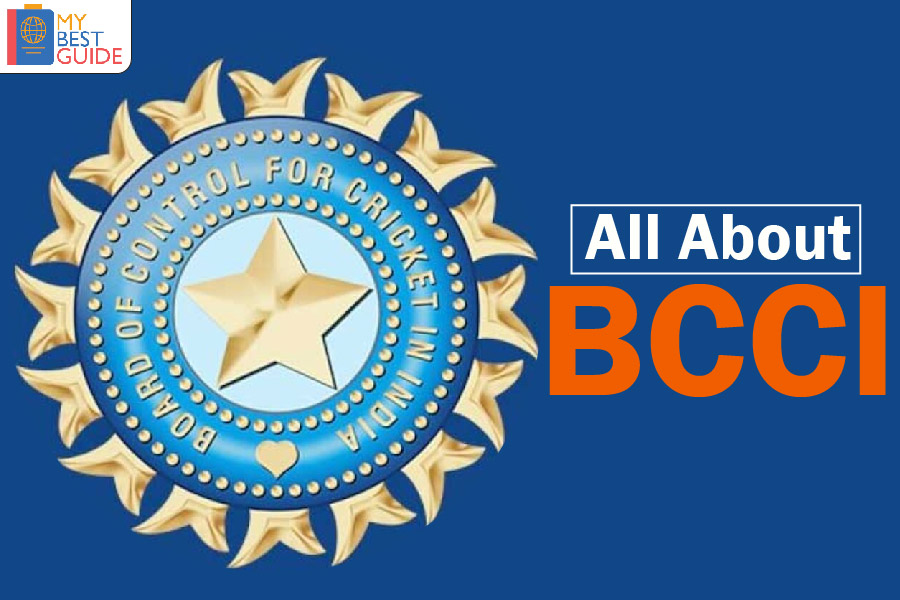 Doesn’t every sport need a controlling body that looks over all aspects of growth and development of the sport? Well, I’ll answer that for you. Yes indeed. That’s where the BCCI comes in. In this article, we shall dive straight into what is BCCI, its history, the role of BCCI as the Indian Cricket Board, and everything that revolves around the BCCI.

BCCI is the acronym for the Board of Control for Cricket in India. It is the central body that governs over Indian Cricket. The board was founded in the year 1928 with 6 regional cricket associations as its first members. Its vision was to control and develop the sport of Cricket in India and has been doing a great job in achieving the same since its formation. The BCCI headquarters are located in the famous Wankhede Stadium, Mumbai.

The history of the formation of the BCCI dates way back in 1926. Two Calcutta Cricket Club representatives attended meetings of the International Cricket Council (formerly known as Imperial Cricket Conference). The meeting resulted in the MCC (Marylebone Cricket Club) sending a team to India captained by Arthur Gilligan.

It was Arthur Gilligan who promised to press for the inclusion of India in the ICC. However, this was on a condition that all promoters of the game came together. And also were willing to see through the establishment of a single authority. All concerned parties responded positively and a meeting was held in Delhi on 21st November 1927. Delegates from Delhi, United Provinces, Patiala, and several other regions had attended the meeting.

Subsequently, a unanimous decision was reached and the formation of a provisional board for cricket in India was underway. Following which, In December 1928 the board was registered under the Tamil Nadu Registration Act. R E Grant assumed the position of president with Anthony De Mello as his secretary.

Objectives Of The BCCI

As the central governing body of Indian Cricket, the BCCI had to have some objectives in place. The primary objectives of the board are as follows:

Click here to read all the objectives as stated in the Constitution of the BCCI.

There are two types of memberships of the BCCI. There are full members and associate members. A BCCI recognized state cricket association represents their respective state on the board.

The board allows each state to have only one Full Member. However, there are two exceptions. As per the exceptions, 3 existing members from the state of Gujarat as well as Maharashtra continue as full members.

All other existing members that do not fall in the category of Full Members automatically become Associate members of the BCCI. Also, the board can induct any other entity as an Associate Member. These entities will be subject to all the conditions and disqualifications as mentioned in the constitution of the BCCI.

Positions On The Board

At the Annual General Meeting the Full members elect among the representatives, deserving candidates to take up the following posts:

The president presides over all meetings. He is also one of the 3 persons that sign the audited annual accounts of the BCCI. The president delegates the vacant duties to another office-bearer if needed.

In the absence of the president, the vice president takes charge and officiates.

The secretary maintains the minutes of all meetings held. He keeps the records in the books up-to-date. He is one of the 3 persons that sign the audited annual records. Not only is he in charge of records of the General Body but also the Apex Council, Governing Council, and all Committees. Furthermore, he convenes all meetings of the BCCI. The secretary also circulates the statement of accounts prepared by the treasurer to all members of the Indian Cricket Board. He has the power to delegate work to the Joint Secretary.

The Treasurer is basically in charge of all the finances. He looks over all the money payable or receivable by the board. Also, he prepares the balance sheets and statements of accounts. Along with that, he is one of the 3 persons who sign the annual audit and financial statements.

These office-bearers serve for a term of 3 years.

The role of BCCI is to regulate and overlook the growth and development of everything related to Indian Cricket. The cricket board has set rules and regulations in its constitution that behave as guidelines for the National team. Firstly the board decides where the national team will play and with whom. Secondly, It looks over the development of the national team and youth teams. It controls The IPL and various domestic competitions like the Ranji Trophy, Duleep Trophy, and Challenger series are conducted by state associations in consultation with the BCCI. Another role of BCCI is the granting of media rights and sponsors. Adding to the role of BCCI is being in charge of all revenue related to Indian Cricket. To sum up, BCCI is the parent body of Indian Cricket. Moreover, it influences World Cricket as well.

The board has played a major role in the successes of the Indian cricket teams. However, these successes have not been restricted only to the men’s team but also to the women’s team and youth teams as well.

Hard work put in by the board off the pitch, has brought the many trophies we see in the Indian Cricket cabinet. The board looks after the players and staff with the utmost care and makes sure they are in top condition which ultimately leads them to these great successes.

Everything About BCCI’s Finances

Indian Cricket board BCCI is the richest sporting body of the nation and the richest board of cricket in the entire world. The board is independent when it comes to finances and most certainly does not depend on the government of India for any of it.

BCCI receives its income from a number of sources. These sources include the IPL, BCCI share from ICC revenue, and also the income earned from test matches played with other nations. As per recent reports India receives an outrageous amount of 405 million US dollars from the ICC. Therefore making it the highest-earning member in contrast to other nations part of the ICC.

In addition to these huge numbers, Star India bought global IPL media rights for a staggering amount around 16 and a half crores. These rights are valid from 2018-2022. Zee Telefilms also purchased media rights for 25 one-day matches in 200. This cost them a whopping 220 million.

Another source of income for the board is through sponsors. There have been plenty of deals with world-famous brands like Nike being the most notable one. Without a doubt, these deals too haven’t been cheap.

Overall the BCCI has bagged an estimate of 3.8 crore rupees in the 19-20 financial year.

Cricket infrastructure and player contracts are where the finances take a toll. Likewise, player welfare has a huge asking price. Adding to the enormous incomes, the BCCI does spend a lot on taxes. These expense figures lie well in the range of hundreds of crores.

Controversy and the Indian Cricket Board share a history. In other words, the BCCI has had more than a few. The board has had many disagreements with the ICC. For instance, when BCCI opposed the implementation of UDRS (Umpire Decision Review System). The board was not in favor of using the review system. It influenced boards like Zimbabwe and South Africa too.

The BCCI has also used its financial power to get its way in the ICC. Certain decisions of the ICC are highly influenced by the BCCI. This is because of the financial benefits and power that comes with the Indian Cricket board. Additionally, the board has also got in bad books of the income tax department for evading taxes.

In recent times the BCCI has faced criticism for retaining its Chinese sponsors. Amidst a border war with China, India lost 20 soldiers. Despite that IPL has opted to continue with its existing sponsors. Calls were made to boycott IPL for this anti-national act.

FAQ Regarding Everything about BCCI

Who is the current BCCI president?

The former skipper Saurav Ganguly is the current president of the board. He is the 39th president and was elected 23rd October 2019. He bags an approximate salary of Rs 5 crore from the BCCI.

Is BCCI richer than FIFA?

What makes BCCI so rich?

Media rights and sponsors play a huge role in the BCCI income. Additionally, the board receives a huge amount from its shares in ICC. The board also receives huge revenue from its official partners Ambuja Cement, Dream 11, and Hyundai Motor India Ltd.

How much is BCCI worth?

The Indian Cricket board is worth around Rs. 3000 crores. It is the world’s richest cricket board and does not depend on the government for its finances.

Is the BCCI a government body?

The Indian cricket board is the national governing body for Cricket in India. However, it is completely independent and does not depend on the government for its finances.

How much does BCCI earn from IPL?

BCCI receives an enormous amount of 3.2k crore from Star India annually. Apart from this the board earns around 700 crore from sponsors. After distributing half the revenue among the 8 franchise, the BCCI still earns an assured 2000 crore annually from the IPL itself.

Editor’s Note | Everything about BCCI

In conclusion, the BCCI has been a boon to Indian Cricket. It has had a positive impact on Indian Cricket and continues to do so. There might be certain flaws. There might be a few ups and downs, but overall the board has been extremely efficient. It has maintained the values of the sport. Not only has it maintained conduct on the pitch but also off the pitch. Indian Cricket has reached great heights because of the role the BCCI plays. Commercial support adopted by the board has boosted the popularity of the game. It has also urged and promoted the sport in our nation and has provided encouragement for many budding cricketers to pursue cricket and keep the Indian flag flying high in this sport. To sum up, Indian Cricket has been enhanced altogether since the introduction of the BCCI.