Indian Premier League (IPL) is famous all around the world and has players from maximum countries participating in this tournament. Which has been happening every year since 2008. To date, there have been 12 seasons that have been successfully conducted. Here is all that you need to know including Schedule of IPL 2020 at UAE with List of Matches at IPL 2020 played between two teams. Here, is the complete Timetable & Schedule of IPL 2020 you may need to co-ordinate the time differences between the two countries that is India and UAE. The Timetable of Matches at IPL 2020 was able to get delayed because of the cancellation of the T20 World Cup.

Season Dates and Timings of IPL 2020 at UAE

The season of IPL 2020 which will be its thirteenth season starts on the 19th of September 2020 – 10th of November 2020. This season is one and a half month-long of cricket will just add happiness and charm to this year. The first match that is on the List of IPL 2020 at UAE is the most awaited clash of any season. Its Chennai Super Kings playing against Mumbai Indians. Where both the teams met at the finals of the 2019 IPL and Mumbai Indians took the trophy.

There are a total of eight teams contesting in this tournament. With each teams Match Schedule of IPL 2020 is to play twice with one team at the group stage. And the timings will be 15:30 IST and 17:30 IST. So, you need not worry about the time difference issue. Planning has been done according to the Indians.

Timetable of Matches at IPL 2020

The second phase includes the qualifier matches, elimintion matches and the final match of the tournament. Below is the second phase Schedule of IPL 2020 at UAE.

As of now, there is no update on the Timetable & Schedule of IPL 2020 knock out matches. But will be out soon on IPL official website. But the finals of IPL 2020 is all set to happen on the 10th of November 2020.

Teams Playing IPL 2020 and their squads

There are a total of eight teams competing against each other this season. As seen in the Timetable of Matches at IPL 2020. All of them have their own strong points and weak points. But, all of them have a mix of good players from around the globe. Let’s have a look at all the teams and what they have to offer to us.

Lead by Indian team former captain MS Dhoni this team has won three editions of IPL. But what is more fascinating about this team is it has the highest winning percentage. The performance of this team has been phenomenal. And with MS Dhoni retired people expect much more from the team.

This team also has a very good history and holds many records of IPL.

With four IPL titles in hand, this team is the most successful team of IPL. The Master Blaster Sachin Tendulkar was a part of this team too. This team is lead by Indian vice-captain Rohit Sharma.

This team has the world’s best batsman in their squad and is lead by our Indian Captain Virat Kohli. Though this team hasn’t won any title to date, with a team full of excellent batsmen, they can for sure win a title. Below is the list of the squad that has been selected.

This team has won two IPL titles so far. And have always performed well under pressure situations. This team is lead by Dinesh Karthik who is an Indian Cricket Player and has a lot of experience at first hand.

Below are the names of the players that will follow the Match Schedule of IPL 2020 for the team.

The journey of this team has been full off ups and downs. But they made a classic comeback in 2018 after two years of suspension. This team is known for the super talented squad it has, and here is the list of the same.

Kings XI Punjab has not won a single IPL title to date. But they have given an appearance in the 2014 IPL finals. Though the performance has not been significant enough, they have a team of promising players. If all goes well, they can also be a good team to play against.

Delhi Capitals is the only team that has not given a single appearance in the finals of IPL. But seeing their last seasons performance, of qualifying for the first time. The timing seems good for the team. And hopefully, this new Timetable & Schedule of IPL 2020 UAE helps them continue a similar performance.

Sunrisers Hyderabad also known as the Orange Army has a decent track record. They have won one title and have been a runner up once. Though, they started playing in 2013 only two times since then they haven’t qualified. Let’s see what this squad offers us in this season.

Steps taken by BCCI for Schedule of IPL 2020 at UAE

For better and safe conduction of this tournament BCCI took some major steps. The squad, support staff and family members were in UAE a month prior to the starting of the tournament. They stayed in isolation for a certain period of time and then had their tests done. And by now the teams are practicing on ground together for the tournament. They are also going to have regular tests so that the tournament can run smoothly keeping everyone safe.

Unfortunately, some of the members of the Chennai Super Kings team tested positive. But with time in hand everything has been managed. And everyone hopes for a successful 13th Season of IPL T20.

FAQs Regarding Schedule of IPL 2020 at UAE

Is this the first time IPL has been scheduled outside of India?

How are the second phase Timetable of Matches at IPL 2020 being decided?

Well, it will be similar to previous years. Below I am the pattern that will be followed for the Timetable of Matches at IPL 2020. 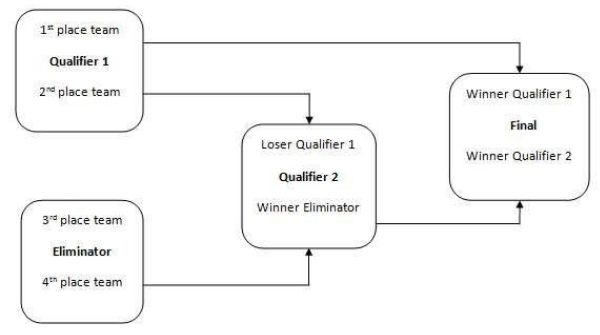 Will the audience be allowed to sit in the stands?

There has not been any official confirmation, as to which audience will be allowed in the List of Matches at IPL 2020. But officials are currently discussing the matter to allow the audience. And we can have confirmation soon.

With the ongoing situation, this year has been full of bad news. But after the official confirmation of IPL 2020 came as a good news for the people. And now people are looking forward to this season after the Timetable & Schedule of IPL 2020 has been released. We finally have a List of Matches of IPL 2020 lined to keep us entertained and happy after a long time of waiting.