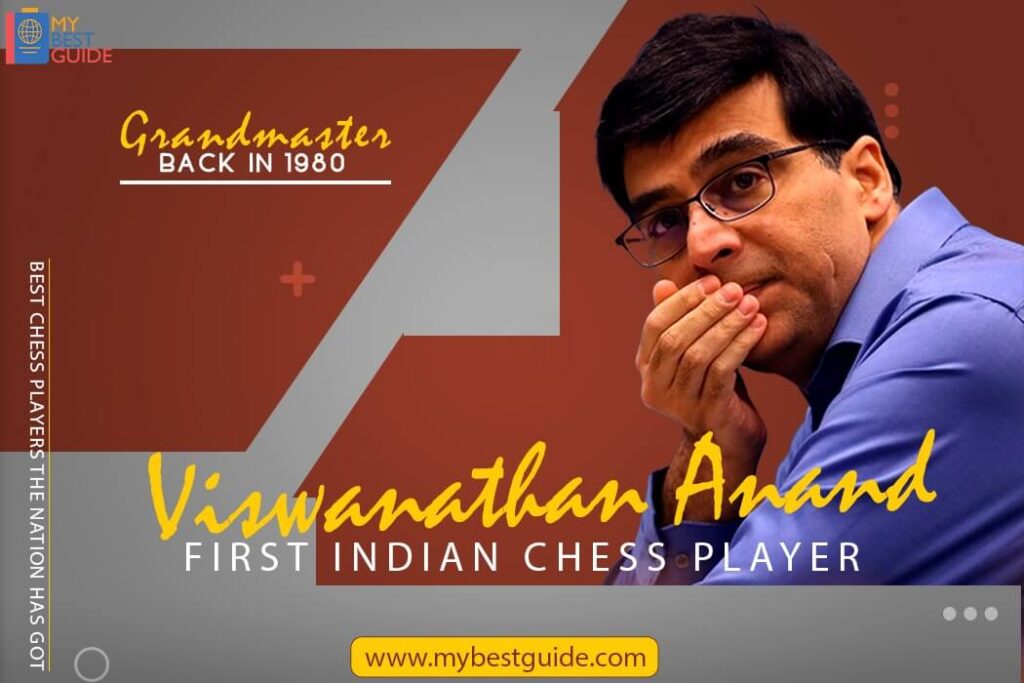 Viswanathan Anand is the first Indian chess player, who won the title of Grandmaster back in 1980. Other than this Viswanathan Anand has many awards and records one of them being he is also a former World Champion. He is one of the best chess players the nation has got. And because of his achievements in this sports Viswanathan Anand also got the opportunity to endorse brands which also helped him increase his net worth. But he also had his own shares of struggles to reach the peak of his game. So, let’s know how his journey started and how he made it to become the World Champion.

Life as a boy of Viswanathan Anand

Anand was born as the youngest of three siblings to a family in Chennai, Tamil Nadu on 11th December 1969. He started learning chess at the age of six as fun from his mother. But the real journey of Viswanathan Anand as a chess player came when the family shifted to Manila, the Philippines where he lived as a teenager. Where he learned the moves and mind games needed to play chess. And got the initial National success from learning from that place itself.

Viswanathan Anand at the age of 14, became the National level sub-junior champion in Chess in 1983. And followed by a win at the Asian Junior Championship. Which came to him in two consecutive years 1984 & 85. He then went on to become the youngest Indian to get the title of International Master at the age of 15 in 1985. The following year also brought him the title of National Champion which he won at the age of 16. He won the same title again in the year 1986.

A couple of years later, Anand became the first Indian Grandmaster by winning Shakti Finance International Chess Tournament at an age of 18. Recognizing this achievement of Viswanathan Anand he won his first National Honorary Award Padma Shri in 1988.

After winning the Padma Shri, Anand next qualified in the Candidates Tournament 1993. But lost is quarter finals in a very close match-up. And after all of this Viswanathan Anand gets to play the World Chess Championship. 1995 for the first time in his life. Also, afterward, he got a chance to participate in the World Rapid Chess Championship. Though Anand has turned 50, he has never given up as a chess player and still goes on to win tournaments and awards.

Anand in the World Chess Championship

World Chess Championship is where all the players from around the globe compete together first to qualify and then to win the World Title. It is similar to the ICC Cricket World Cup (click here to read more) the only difference being here an Individual Competes rather than two teams competing. Viswanathan Anand won the titles and cash prizes for years which helped him grow his net worth and live a decent lifestyle.

Start at the World Championship

He played his first final against a Russian, Kasparov in 1995. And got defeated by 10½-7½ points. Anand’s next edition of 1998 also had the same result where he lost the title to Russian Karpov after a 5-3 points defeat. Anand also talked about the unfairness of this game because he had to play 21 games in a time span of 23 games. Including taking flights and reaching for the World Title. His remarks were

“It was almost as if I had been asked to run a 100-meter sprint after completing a cross country marathon… Karpov waited for the corpse of his challenger to be delivered in a coffin. If anybody else other than Karpov wins, it’s a world championship. Otherwise, it’s not.”

The remarks of Anand were then questioned by Karpov and said the Anand did not have the character to win games. But what Anand only meant was that Chess being a mind game, his mind was tired as a dead body after playing 21 matches in 23 days and then came to play the World Title.

Anand then had to miss the World Championship Edition of 1999, and came back in 2000.

The edition of the World Championship of 2000, was different than the rest of them. It was a 100 player single-elimination tournament. And because of his win in the 2000 FIDE World Cup, he got to enter as the number 1 seeded player. He had some tough wins during the beginning of the tournament looking at the overwhelming response of the home crowd in India. But he managed to win them and competed in the finals held in Tehran, Iran. Viswanathan Anand won his first World Champion title against a Spanish player Spirov with 3½-½ points win. And became the first Indian and South Asian to win this title.

The 2007 edition was an eight-player double robin round tournament. And Anand became the first undisputed world champion to win the title in a tournament, rather than in match play, with the rating points of 2792 and points being 9. Other than the title Viswanathan Anand also received a cash prize of $390,000 as his award.

Anand’s next title win came in the year 2008. Where he was successfully able to defend his title as the defending World Champion against a Russian player Vladimir with 6½-4½ points win. Viswanathan’s this win was followed by winning the title again against a Bulgarian player Topalov which came 6½-5½ with 12 games happening in the finals.

Viswanathan Anand won his last World Champion title in the year 2012, where he defended his 2010 title. This last victory came after a tough 16 game match, against Boris Gelfand from Isreal by 8½-7½ points.

Viswanathan Anand had a downfall after his last World Champion Title in the year 2010. In the next edition of the tournament in 2013, he was defeated in the finals by Carlsen and was not able to defend his title. The following year of 2014 he again did pretty well in the group stages of the robin rounds. But was defeated by the defending World Champion in a close matchup in the finals. Where Carlsen was able to make it a win in the 11th game of the 12 games final match.

In the year 2003, the body governing Chess made a time-controlled tournament. Where a player had 25 minutes at the start of the game with an addition 10 seconds after each move of the game. Viswanathan Anand went on to grab this title in 2003, beating the world top-12 to reach the finals and winning it to Kramnik.

He was not able to win any of the other editions of this championship. But one after a gap of 14 years in 2017. Where he was able to defeat Carlsen in the finals, who took away his World Champion title in 2013 and 14.

Anand also opened up on how he felt to be new in this career and how he dealt with it in an interview of his with the firstpost and how he became a living role model for the grandmasters following.

Viswanathan Anand has also won various other awards and titles as a chess player. During the early phase of his career that is before 2010, he focused only on major tournaments. But later, when his world ranking dropped to number 2 and then number fives because of the number of matches he played. He diversified his playing tournament all around the world and participated in every tournament he could participate in. He may not have won each of them or won them after several attempts but this made him more conscious about the game.

Below, is the of tournaments he participated, and diversified the number and the title of pool he played for

Net Worth of Viswanathan Anand

Viswanathan Anand has a Net Worth of around $3 million according to online sources. Though there has not been any confirmation of the same. He earns the majority of his income by playing chess. But also endorses different brands from different fields. And his sponsors have mainly been NIIT and Instaforex which is an online trading company.

What is the peak ranking of Viswanathan Anand along with his current ranking?

Viswanathan Anand till 2010 used to play only major championships. And playing the major championship he became the world number one player back in 2007. Being the first Indian to get this ranking. But in 2008, he was ranked at number 2 behind Vladimir a Russian Chess Player, who had the same rating but played more matches. Hence, that is when Anand took a leap in his career and started playing many tournaments.
Also, his current world ranking is 15 as of December 2019 which has not been updated.

How many honorary awards has Viswanathan Anand received?

Viswanathan Anand has won both National and International Honorary Awards. For the Nation’s he has received the Arjuna Award(1985), Padma Shri(1987), Rajiv Gandhi Khel Ratna(1991-92), Padma Bhushan(2000), and Padma Vibhushan(2007). Other than this he has received National Citizens, Chess Oscar, Sportstar Best Sportsperson of the Year, Global Strategist Award.

Does Anand have any books to his name?

Yes, Viswanathan Anand has a few books to his name first being “My Best Games of Chess” for which he also got the award of “Book of the Year” by the British Chess Federation in the year 1988. He also wrote “World Chess Championship: Life & Game” in 2012 followed by “Mind Mater: Winning Lessons from a champions life” which got published in 2019. You can buy it from any e-commerce website.

Read more about such legends from other sports on our website varying from Tennis to Cricket. You can also read about the GOATs of football Lionel Messi and Cristiano Ronaldo on our website and how they have shaped their lives.