Netflix vs Amazon Prime Video: Which streaming service is better for you? 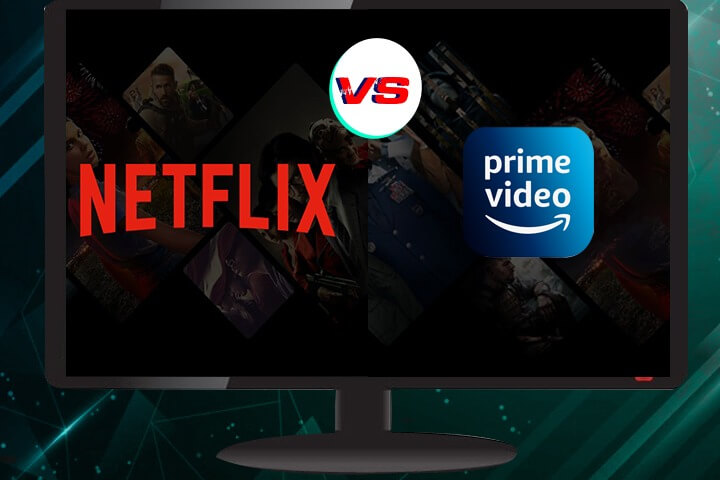 Streaming services are more or less taking over the Cable TV market given their convenience. Even major network companies like Airtel, Reliance, etc. are providing these services as an incentive to draw customers towards their plans. Obviously, due to the market performance of these platforms, the number of new streaming platforms coming up every day has been growing. An increase in the alternatives only confuses the consumers because it makes the task of choosing one platform very difficult. And this is where we would like to help out the customers by comparing the two most popular streaming platforms based on their performance. Let’s go ahead and check out, which streaming service is better for you. Let us see who wins in the war in web series provider’s battle – Netflix vs Amazon Prime Video?

Not many people know the background story of how the streaming platform came into being.

The formulation of Netflix was inspired by a company named “Blockbuster”. Netflix had offered to provide their services as a complement to this particular company’s pre-existing services. In fact, Blockbuster had the opportunity to buy Netflix at a price of $50 million in 2000. However, they had turned down the offer. Netflix had launched its first DVD segment, called Quikster in 1998, and that continues to have around 4 million subscribers even today. The streaming platform was originally called “Kibble”. However, co-founder Marc Randolph did not want to use the name permanently and therefore used it only for test sites and legal documents. Later on, Randolph and Hastings changed the name to Netflix after several trial and error attempts.

Even Amazon Prime has a background story, as interesting as Netflix. When Amazon was launched in 1995, Bezos wanted it to be an “everything store”. After slowly expanding its market, in almost all areas, the platform added the streaming service in 2006. Initially launched as Amazon Unbox in the United States (in 2006), the streaming platform Amazon Prime came into existence in India in 2016 (a year after Netflix came to India). Unlike Netflix, Amazon changed the name of its streaming platform multiple times. From 2006 to 2018, the founders changed its name 5 times. In 2015, the streaming service had introduced its subsidiary service in the UK called LoveFilm which remains relevant to date.

The Numbers Game in Netflix vs Amazon Prime Video

The battle of the web series providers, Netflix vs Amazon Prime Video isn’t any good without the numbers in it. The term “Netflix and Chill” has definitely transcended from just a trend to almost a culture for the global audience. It has an enormous subscription of 180 million people worldwide, which is more than 6 times the Australian population. It beats its rival, Amazon Prime Video, by a huge margin as the latter has around 150 million active subscribers as per recent records. Following are the results of the survey conducted by AllConnect and the findings of the same are explained further in the article-

Going by these statistics, it would be fair to say that the numbers in the battle of Netflix v. Amazon have slid in favor of Netflix.

The battle of the best web series provider – Netflix vs Amazon Prime Video – is incomplete without this segment. Almost all the shows that keep trending over the internet week after week, are Netflix originals (Sacred Games, Money Heist, etc.). These shows/series are some of the best drama content available to the audience and cater to the audience of every genre. In fact, the NF OGs were even nominated for Oscar (The Irishman).

The Netflix Original, Roma had bagged the Best Cinematography, Best Director, and Best Foreign Language awards in 2019 Oscars. While these Original contents form a major part of Netflix’s success, it will be unfair if due credit isn’t provided to syndicated content that is available on the platform, from thrilled to kids movies and shows to every other genre a person may wish for.

One of the downsides to using Amazon Prime is that getting a Prime Subscription doesn’t mean that the user will be able to stream all the movies/series etc. which are available on the platform. Many such contents are available but the user will have to pay some extra amount to watch them. Even though Prime makes a clear distinction between these two types of contents, it makes things confusing for the user and at the same is also a little disappointing for Prime Subscribers. Therefore, even till the end, the content segment in the battle of the two esteemed web series providers, Netflix and Amazon Prime, it remains a close call.

Which is the one with a better User Interface?

What makes Netflix stand out from amongst the plethora of streaming platforms is its algorithm which tailors content for users based on their previously watched shows. Of course, this algorithm mainly works for Netflix originals and might go wrong at times, it’s worth mentioning. Another feature of Netflix is its a user-friendly interface which helps user navigates easily through movies and shows saved to your ‘list’.

While Prime Video has tried to duplicate Netflix’s interface and algorithm, it hasn’t yet succeeded in performing as seamlessly.

Another place where prime lags is the integration of content with users. Netflix provides for titles such as Bandersnatch which are unique to the platform. They keep the viewer engrossed in the content as the content proceeds with the choices of the user. Therefore, the viewers feel connected to the content.

Also, while Netflix charges a different amount for a different quality of content (Full HD and 4K UHD videos aren’t available on plans other than Rs. 800), Amazon Prime Video takes no extra buck for all kinds of content. It even allows you to stream on three devices simultaneously in the same standard plan.

Amazon Prime is compatible with most of the devices including the standard Android devices, MacOS, Apple TV, iOS, Playstations, Google Chromcast and a host of Blu-ray devices and smart TVs.

Let us not forget that Netflix started the streaming business. Being the parent, it is compatible not just with all the above-mentioned devices but also Nintendo as well as Windows Phone. Thus, Netflix wins this round by a thin yet important margin.

The Verdict of Netflix vs Amazon Prime Video

After looking into the details in the Netflix vs Amazon Prime Video battle, it can be said without a doubt that both the platforms provide for an ocean of content for the viewers to engage their minds in and both can be a brilliant choice. But there are certain questions you need to ask yourself before you subscribe to any one of them.

The primary question is concerning the purpose of the subscription. Are you subscribing to watch user engaging and unique content? Or, are you subscribing to get additional shopping benefits and ready to compromise on content? If the former is the reason, Netflix should be chosen over any other platform. Another point to note is the kind of content you want to watch. Go over the internet and search the kinds of content available over various platforms, and make your choice accordingly.

How many Subscribers does each platform – Netflix and Amazon Prime – have?

Has any Netflix Original won the Oscars?

Do Amazon Prime users have to pay extra for certain content?